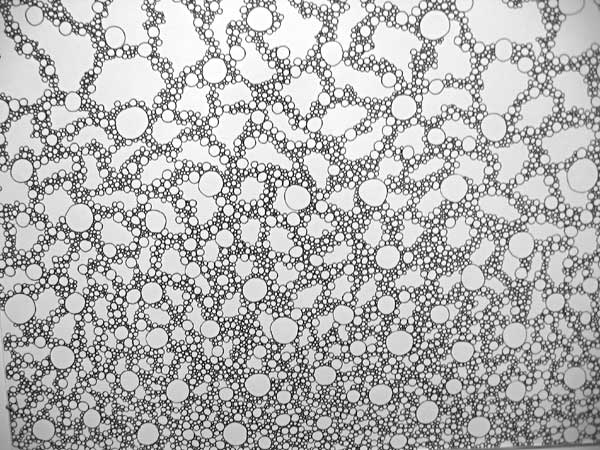 In a previous post we presented a MO question by Liza about randomness:

What is the explanation of the apparent randomness of high-level phenomena in nature?

1. Is it accepted that these phenomena are not really random, meaning that given enough information one could predict it? If so isn’t that the case for all random phenomena?

2. If there is true randomness and the outcome cannot be predicted – what is the origin of that randomness? (is it a result of the randomness in the micro world – quantum phenomena etc…)

Before I give the floor to the commentators, I would like to mention a conference on this topic that took place in Jerusalem a year ago. The title was “The Probable and the Improbable: The Meaning and Role of Probability in Physics” and the conference was in honor of Itamar Pitowsky. Let me also mention that  the Wikipedia article on randomness is also a good resource.

Here are some of the answers offered here to Liza’s question.

One way to think about what it means to say that a physical process is “random” is to say that there is no algorithm which predicts its behavior precisely which runs significantly faster than the process itself. Morally I think this should be true of many “high-level” phenomena.

E. T. Jaynes took the position that “probabilities do not describe reality — only our information about reality.” Many supposedly random phenomena are perhaps more accurately called ergodic, deterministic with good mixing properties. Like pseudo random number generators. We can effectively model phenomena as random without settling the question of whether they are “really” random. I suppose that’s a positivist perspective.

Proaonuiq: Reality and our models of reality must be distinguished. Regarding reality it is still unclear if there is a truly random phenomenon in nature (radioactive decay ?). Regarding our models, if you are lucky enough, phenomena in nature, can be captured by a random rule ; with more luck, by a deterministic rule (which can be seen a special case of rendomness)…but if unlucky they might be no captured at all.

For an example such as lightning, the standard explanation in physics is that macroscopic randomness ultimately comes from thermal entropy via processes such as Brownian motion and “the butterfly effect”. By Brownian motion, I mean here that thermal motion causes vibration of particles, not just that the Brownian stochastic differential equation models this or that behavior. The butterfly effect is the statement that many physical systems such as air flow exhibit chaotic dynamics. Air flow is modeled by the Navier-Stokes equation to good approximation, and that plus a percolation model gives you lightning.

Even though there are these different flavors of randomness, it is impossible to make clean distinctions among them, or between them and the gambler’s view that randomness is incomplete information. Certainly incomplete information is sometimes a better description of randomness in higher biology. The behavior of a dog may look random to you, but maybe the dog knows its plans and didn’t tell you. (Or instead of a dog, another human!) It is perhaps a philosophical point, but my own view is that all randomness is equivalent and that the distinctions are secondary.

Gil has asked me to elaborate on a comment I made on one of the answers to the MathOverflow question mentioned above. This has to do with the perceived “randomness” in quantum mechanics. I should preface by saying that I don’t claim to possess any special insight into “randomness” largely due to not having thought about it seriously. The point of my original comment was simply to remark that time evolution in quantum mechanics is deterministic.

In classical mechanics time evolution is given by the flow of a hamiltonian vector field X_H on the phase space of the system under study. This is a first-order ordinary differential equation and hence provided that that the hamiltonian is sufficiently differentiable, standard theorems guarantee the existence and uniqueness of solutions to the initial value problem. In other words, through each point in the phase space, there passes a unique curve x(t) whose velocity x’(t) is given by the value X_H(x(t)) of the hamiltonian vector field at x(t). This is the statement that classical dynamics are deterministic. This does not mean that classical phenomena cannot exhibit “randomness” (just watch this video of a double pendulum: http://www.youtube.com/watch?v=z3W5aw-VKKA ) or chaotic behaviour (will it rain in Edinburgh next Thursday?). This is not due to lack of determinism, but due to incomplete knowledge of the state of the system.

Similarly, quantum mechanics is deterministic. A (pure) state of a system is given by a unit-norm vector \psi in a Hilbert space and its time evolution is even simpler: it is now a linear ordinary differential equation (albeit in an infinite-dimensional setting) which says that the time derivative \psi’(t) = H \psi(t), where H is the hamitonian. Assuming that H is self-adjoint, the Stone theorem says that there is (strongly continuous) unitary U(t) such that \psi(t) = U(t)\psi(0). Hence if you know the state of the system at time zero, you know the state at any other time. A similar story applies to mixed states, which are convex linear combinations of pure states.

Although it is hard to be certain, when most people refer to the “randomness” in quantum mechanics, they are usually referring to the probabilistic nature of quantum physics. There is a LOT one could say about this. The main problem, I think, stems from trying to get a quantum system to answer classical questions. The point is basically that classical concepts are in some sense approximations to what’s really going on. Of course, our intuition is classical, so it should not be surprising that when we try to apply it to quantum phenomena we find some strangeness. To take but one example, the trajectory of a classical particle makes perfect sense. Hence in the double-slit experiment one might think that it’s valid to ask the question “which slit did the photon go through?” This only makes sense because we are assuming that the photon follows some classical trajectory. In quantum mechanics this concept does not exist, so it is not surprising that one cannot give a precise answer to that question. The best compromise is a probilistic answer. Same thing applies to the question of “when will a certain particle decay?”, which has killed (or not!) so many imaginary cats in thought experiments.

This story can be made mathematically very precise. In his book on the mathematical foundations of quantum mechanics, George Mackey has what to my mind is a beautiful treatment of the structure of classical and quantum mechanics and of their statistical counterparts from the perspective of the measurements one can make. (The book dates from the 1960s and I read it as a graduate student in the 80s. I have not worked on this topic, so I am not aware of what must certainly be a sizeable modern literature on the topic.)

This comment is just to remaind again that both classical and quantum mechanics (which is a good but possibly not the definite) are models of reality but not the reality himself.

For me, having neither think about it in deep, so intuitively, what we, observers, call a random phenomenon in reality is just a phenomenon that we can be described with a probabilistic model: for instance a phenomenon in an experiment (such as the double-slit experiment you quote) for which in response to “exactly” same conditions different outputs are obtained, but in such a way that they can be captured by a probabilistic model (in wide sense).

So as you point, when an observer says “this phenomenon is random because i can describe it with a probabilistic model” he is making an epistemological assertion not an ontological one. It is not impossible that as knowledge advances this epistomologicaly random phenomenon can be explained later in a more deterministic maner (that is, same conditions, always same output).

José: I can’t really address the issue in just one blog post; I would want at least an hour lecture if not an extended seminar or a long e-mail discussion. But as a student of quantum probability, which is the same as non-commutative probability, I think that the deterministic interpretation of vector states in quantum mechanics is untenable.

A hopelessly short version: A mixed state is the natural quantum generalization of a probability distribution, and a pure state is a mixed state that happens to be extremal. If the algebra of random variables is all bounded operators on a Hilbert space, then the vector states that you emphasize correspond to pure states; but if it is only some of the operators, then actually a vector state can represent any mixed state.

Thank you Gil for promoting this discussion, I have learned a lot.
It is a great pleasure seeing people from the academia taking part in such public discussions.

My tentative take on the matter is this: Whenever we try to describe or to control (or to grasp) a physical process, randomness reflects effects external to our model. Those can reflect interaction of the process with the environment and also  small scale ingredients which effect the process and are neglegted by the model. Before Liza’s question, I thought that, at the very least, randomness is a “genuine” phenomena in quantum physics. (And also that this is manifested by the uncertainty principle.) However, Jose’s answer made this matter less clear for me.

Thank you Liza for initiating this. I’d certainly be happy to learn more.

17 Responses to Randomness in Nature II