Mathematics to the Rescue: Computing the Root of all Evil

Michael Joswig pointed my attention to the following unbelievable front page of the Frankfurter Allgemeine. 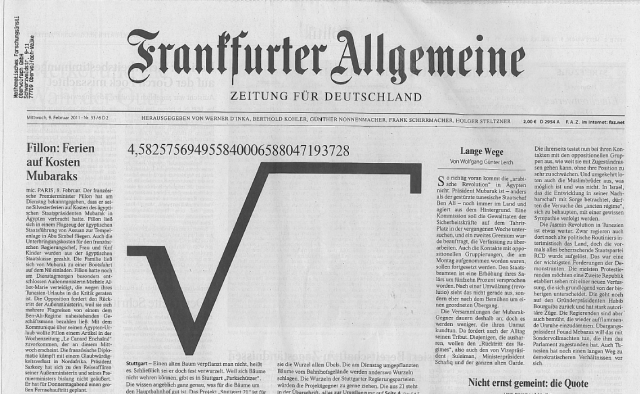 The headline is the square root of 21 and it refers to  the claims of the opponents of the “Stuttgart 21” peoject that the project is the root of all evil.

6 Responses to Mathematics to the Rescue: Computing the Root of all Evil