Celebrations in Sweden and Norway

Celebrations for Endre, Jean and Terry

I am in Sweden for two weeks to work with colleagues and to take part in two celebrations. Jean Bourgain and Terence Tao are the 2012 laureates of the Crafoord Prize in mathematics which was awarded  last Tuesday at Lund. Along with them the 2012 Crafoord Prize in Astronomy was awarded to Reinhand Genzel and Andrea Ghez.  I took part in the symposium entitled “From chaos to harmony” to celebrate the event. 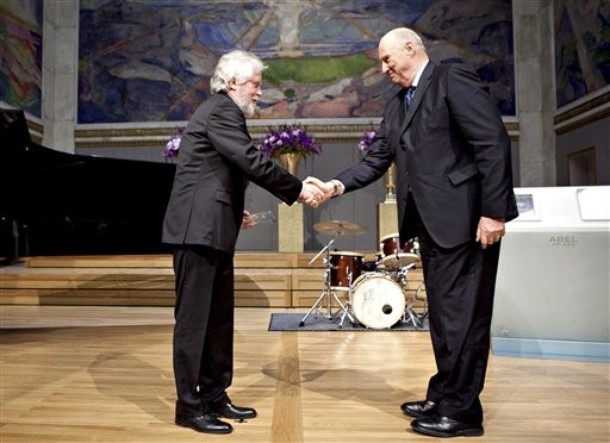 Next Friday the Swedish Royal academy will celebrate with a mini-symposium in honor of the 2012 Abel prize winner Endre Szeméredi. (Here are the slides of my talk looking at and around the Szeméredi-Trotter theorem. Please alert me of mistakes if you see them.) The Abel prize symposium and ceremony in Oslo are  Tuesday (Today! see the picture above) and Wednesday of this week. 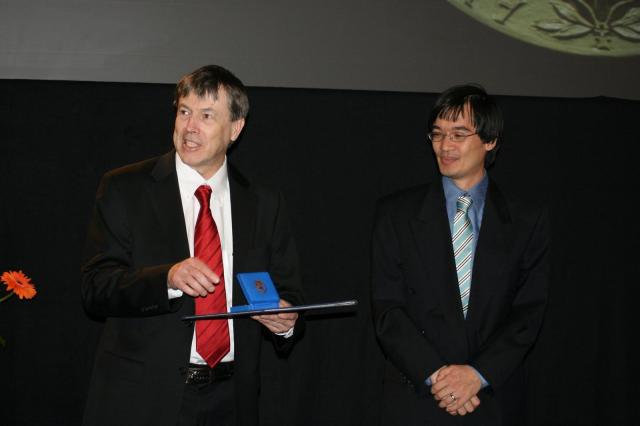 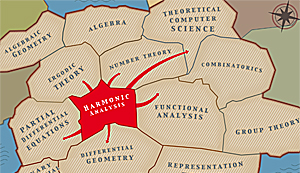 Owing to the passing of Count Carl Johan Bernadotte af Wisborg, H.M. King Carl XVI Gustaf was unable to attend the Crafoord Days 2012. The prizes were presented by Margareta Nilsson, daughter of the Donors, Holge and Anna-Greta Crafoord. Ms Nilsson’s kind hospitality, deep devotion to science, culture and other noble social causes, and moving childhood memories shared at the dinner,  have led Reinhard Genzel in his moving speech on behalf of the winners in Astronomy to refer to Margareta Nilsson by the words: “You were our King these past two days!”.

The one day symposium itself was very interesting, and so were the four prize lectures on Tuesday morning.  The videos of the two days’ lectures  are posted here. Here are the slides of my talk on analysis of Boolean functions, featuring, among other things a far-reaching conjectural extension of a recent theorem by Hamed Hatami.

From Lund I continued to a short visit of Gothenburg hosted by Jeff Steif with whom I share much interest in noise sensitivity and many other things. I then continued to Stockholm where I visit Anders Björner who is a long-time collaborator and friend since the mid eighties. For me this is perhaps the twelfth visit to Stockholm and it is always great to be here.

We will celebrate on this blog these exciting events with a rerun of the classic, much-acclaimed piece by Christine Björner on the Golden room and the golden mountain.

3 Responses to Celebrations in Sweden and Norway