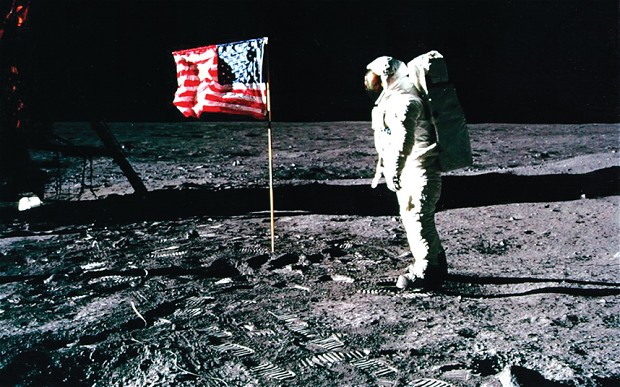 The past months have seen some exciting progress on diameter bounds for polytopes and polytopal complexes, both in the negative and in the positive direction.  Jesus de Loera and Steve Klee described simplicial polytopes which are not  weakly vertex decomposable and the existence of non weakly k-vertex decomposable polytopes for k up to about

was proved  by Hähnle, Klee, and Pilaud in the paper  Obstructions to weak decomposability for simplicial polytopes. In this post I want to outline a generalization of a beautiful result of Billera and Provan in support of the Hirsch conjecture.

Shellability is a strong combinatorial property that enables us to decompose a complex nicely, so it does not come as a surprise that it can be used to give some diameter bounds on complexes. Suprisingly, however, shellability is not needed at all!  And neither is the barycentric subdivision!

A simplicial complex Σ is called flag if it is the clique complex of its 1-skeleton. It is called normal if it is pure and for every face F of Σ of codimension two or more, Lk(F,Σ) is connected.

This generalizes the Billera–Provan result in three ways:

— Shellability imposes strong topological and combinatorial restrictions on a complex; A shellable complex is always homotopy equivalent to a wedge of spheres of the same dimension, and even if a pure complex is topologically nice (if, for example, it is a PL ball) it may not be shellable, as classic examples of Goodrick, Lickorish and Rudin show. Being normal still poses a restriction, but include a far wider class of complexes. For example, every triangulation of a (connected) manifold is normal, and so are all homology manifolds.

A geometric proof of our theorem appeared in a recent paper “Metric geometry and collapsibility”  with Bruno Benedetti. . I will give here a short combinatorial proof.

Construction of a combinatorial segment

denote the distance between two vertices in the 1-skeleton of Σ. Let

denote the pairs of points in S, T that realize the distance

denote the set of vertices of T realizing the distance

resp. the set of points y in Lk(x,Σ) with the property that

. A vertex path shall mean a path in the 1-skeleton of Σ, and facet path is short for facet-ridge path.

If Σ is 1-dimensional, choose a shortest vertex path realizing the distance

. The edges in that path, including X, give the desired facet path.

If Σ is of a dimension d larger than 1, set

, and proceed as follows:

intersects S, stop the algorithm. If not, proceed to step 2.

be any vertex of

that minimizes the distance to S. Set

. Using the construction for dimension d-1, we can construct a facet path in

to the vertex set

. By considering the join of the elements of that path with

, we obtain a facet path from

to the vertex set

. Call the last facet of the path

, and the vertex of

Repeat the procedure with

. The process stops once the facet path constructed intersects S.

Part 2: From a facet X to another facet Y.

Using Part 1., construct a facet path from X to a vertex z of the vertex set of Y, and let Z denote the last facet of the path.

If Σ is of dimension 1, complete the path to a facet path from X to Y by adding the facet Y to the path.

If Σ is of dimension d greater than 1, apply the (d-1)-dimensional construction to construct a facet path in Lk(z,Σ) from Lk(z,Z) to Lk(z,Y), and lift this to a facet path in Σ by joining the elements of the path with

This finishes the construction. We call the facet paths constructed combinatorial segments.

The combinatorial segment is non-revisiting.

We start off with some simple observations and notions for combinatorial segments:

1. A combinatorial segment Γ comes with a path

(see Part 1. of the construction). This is a shortest path in the 1-skeleton, realizing the distance

, called the thread t of the combinatorial segment Γ.

2. Every facet of the combinatorial segment Γ is associated to a vertex of the thread like this: F intersects the thread t, and there is a unique i such that F contains

the pearl of F in t.

We consider a combinatorial segment and its thread with the natural order from X to S resp. from X to Y.

lie in St(v,Σ), then the first facet G of Γ whose pearl is

of the combinatorial segment from F to G lies in St(v,Σ).

Proof: The lemma is clear if v is in t (i.e. v coincides with

). To see the case v not in t, we can use induction on the dimension of Σ:

For 1-dimensional complexes, this is again clear.

If Σ is of dimension d larger than 1, consider the (d-1)-complex

is a facet of the combinatorial segment

and since Σ is flag, we obtain that St(v,Σ’) contains

. Furthermore, F’ is clearly contained in St(v,Σ’). Thus, by induction assumption, the portion

from F’ to the first facet G’ of Γ’ containing

is contained in St(v,Σ’). Since the combinatorial segment

in the relevant part from

), we have the desired statement. This finishes the proof of the Lemma.

This suffices to prove that a combinatorial segment Γ must be non-revisiting:

Proof of the Theorem: Consider a combinatorial segment Γ that connects a facet X with a facet Y of Σ. Let A, B be any two facets of Γ, with pearls

in t respectively that both lie in the star of a vertex of v in Σ. Then the part

If i=j This case follows directly from Lemma S, since B is somewhere between A and the first facet G of Γ to be associated with

since it includes B, and if C is the first facet of Γ associated to

lies in St(v,Σ) by the argumentation for i=j, we have that

, finishing the proof that Γ is non-revisiting.