Basic Notions Seminar is Back! Helly Type Theorems and the Cascade Conjecture 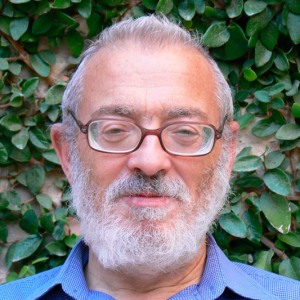 Kazhdan’s Basic Notion Seminar is back!

The “basic notion seminar” is an initiative of David Kazhdan who joined the Hebrew University math department  around 2000. People give series of lectures about basic mathematics (or not so basic at times). Usually, speakers do not talk about their own research and not even always about their field. My first lecture series around 2004 was about computational complexity theory, and another one on extremal combinatorics developed into a series of posts (I,II,III,IV,VI). Since then I talked in the seminar about various other topics like convex polytopes, generalization of planar graphs, and Boolean functions. The seminar did not operate for a few years and we were all very happy to have it back last spring!

My first talk followed quite closely these two posts (I,II). Let me devote this post to the “cascade conjecture” which is a generalization of Tverberg’s theorem.

be the set of  points in

which belong to the convex hull of

. (We may allow repetitions among the elements of

is just the convex hull of

Radon theorem is a simple consequence of the fact that

points in an affine space of dimension

are affinely dependent. (Note that

is one plus the dimension of the affine span of

It seems that the following conjecture requires some “higher linear algebra”

Conjecture 1 is wide open. It is a special case of the following more general conjecture

Conjecture 2 (The Cascade Conjecture): If

Another formulation of Conjecture 2 is

Of course, the cascade conjecture implies Tverberg’s theorem since given

, and therefore the conjecture implies that

For the 5-point configuration on the left

. For the configuration on the right

Remarks: 1) Instead of talking about convex hulls we can consider a set of points that do not positively span the origin. Then we can define

be the set of  points in

which belong to the positive hull of

The Cascade conjecture asserts in this form that if

(or in other words

2) Conjecture 1 can be seen as a special case of the following more general problem.

Problem 3: Find conditions on the Radon partitions and Radon points of a point configuration

be a cubic graph with

is the standard basis.

is a point configuration in a

if and only if

My second lecture in the basic notion seminar started with the cascade conjecture and next discussed the existence of weak epsilon nets and the basic question about finding bounds for their size. My first ever blog post over Terry Tao’s blog was about weak epsilon nets and since then there were exciting developments that I hope to return to soon. Then I moved to talk about fractional Helly theorems and the last topic was what can be said about nerves of convex sets in

4 Responses to Basic Notions Seminar is Back! Helly Type Theorems and the Cascade Conjecture