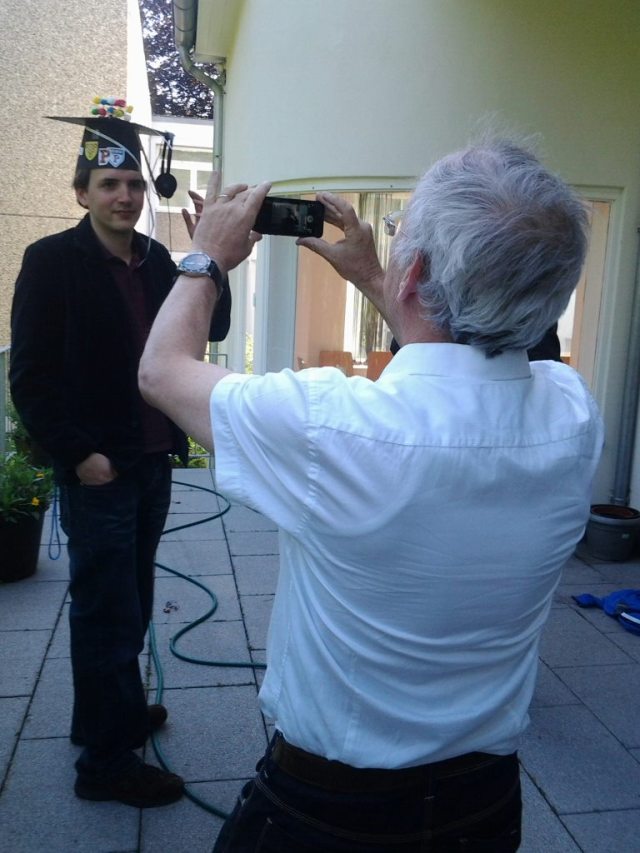 Karim in his youth with a fan

Update: Here is the link to the paper

Abstract: Consider a simplicial complex that allows for an embedding into

. How many faces of dimension

or higher can it have? How dense can they be?

This basic question goes back to Descartes. Using it and other fundamental combinatorial
problems, we will introduce a version of the Kähler package beyond positivity,
allowing us to prove the Lefschetz theorem for toric varieties even when the ample
cone is empty. A particular focus lies on replacing the Hodge-Riemann relations by a
non-degeneracy relation at torus-invariant subspaces, allowing us to state and prove a
generalization of the theorems of Hall and Laman in the setting of toric varieties. Of
the many applications, we highlight two main applications, one because it is the most
well-known, the other because it provided the most guiding light.

(1) We fully characterize the possible face numbers of simplicial spheres, resolving the
so called g-conjecture of McMullen in full generality and generalizing Stanley’s
earlier proof for simplicial polytopes.

(GK:) A few further comments. Probably the g-conjecture for spheres is the single problem I knock my head against the most. It is great to see it settled and it is even greater to see it settled by my friend and colleague Karim Adiprasito.

(We still need a good acronym for Hall-Laman, maybe (AHL).)

One very nice feature of Karim’s proof is that vertex decomposable spheres play a special role in the path toward the proof. Those were introduced by Provan and Billera in the context of the Hirsch conjecture.

We have devoted plenty of posts to the g-conjecture for spheres, and mentioned it in even more posts.  For an introduction to the conjecture see Eran Nevo introductory post, and the post How the g-Conjecture Came About. There is also plenty left to be done beyond the g-conjecture.

Merry X-mas and Happy new year 2019 to all our readers.

This entry was posted in Combinatorics, Updates and tagged g-conjecture, Karim Adiprasito. Bookmark the permalink.

12 Responses to Amazing: Karim Adiprasito proved the g-conjecture for spheres!