An Invitation to a Conference: Visions in Mathematics towards 2000

Let me invite you to a conference. The conference took place in 1999 but only recently the 57 videos of the lectures and the discussion sessions are publicly available. (I thank Vitali Milman for telling me about it.) One novel idea of Vitali Milman was to hold discussion sessions and they were quite interesting. (But, I am biased, I like discussions.) I will invite you to one of the heated discussions in the next post. There were very many nice talks and very many nice visions. And it is fun to watch the videos and judge the ideas in the perspective of time.

The proceedings appeared as GAFA special volumes, but alas the articles are not electronically available even to GAFA’s subscribers. Let me encourage both Birkhauser and the contributors to make them more available. My talk was: An invitation to Tverberg’s theorem, and my own contribution to the Proceedings Combinatorics with a Geometric Flavor is probably the widest scope survey article I ever wrote.  At the end of each section I added a brief philosophical thought about mathematics and those are collected in the post “about mathematics“.

Two more things: The conference (and few others organized by Vitali) was  in Tel Aviv with a few days at the dead see and this worked very nicely.  Vitali also organized in the mid 90s another very successful geometry conference unofficially celebrating Gromov’s 50th birthday with, among others, a very nice lecture by Gregory Perelman. If videos will become available I will be delighted to invite you to that conference as well. Update from Vitali: It was also the week of Jeff Cheeger’s 50th birthday which was also celebrated. Grisha Perelman gave an absolutely excellent talk  talk on works of Cheeger.  Lectures were not videotaped.

Are so called “natural questions” good for mathematics. Specifically is Kepler’s questions about the densest packing of unit balls in 3-space interesting? Watch a discussion of Misha Gromov, Noga Alon, Laci Lovasz and others. (next post)

We were all so much younger!  (And in that old millennium,  we were also all men 😦 )

Pictures of most participants ad two slides are below 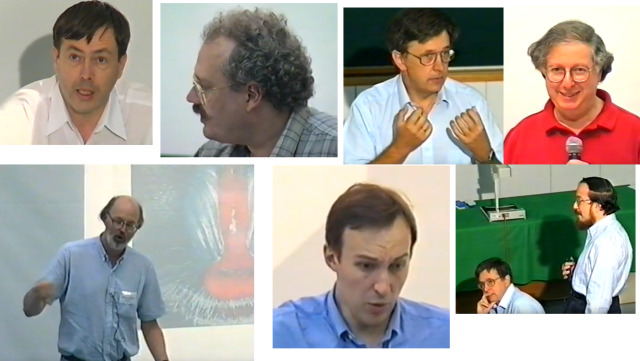 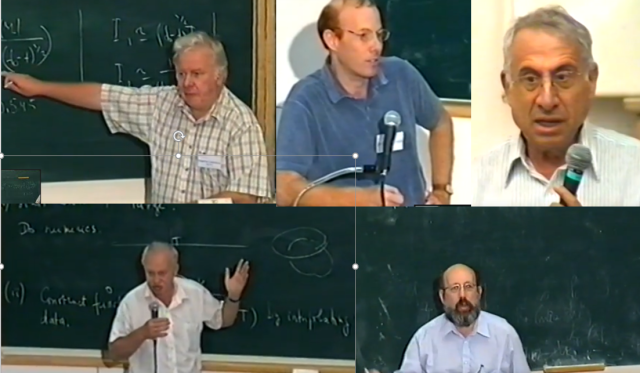 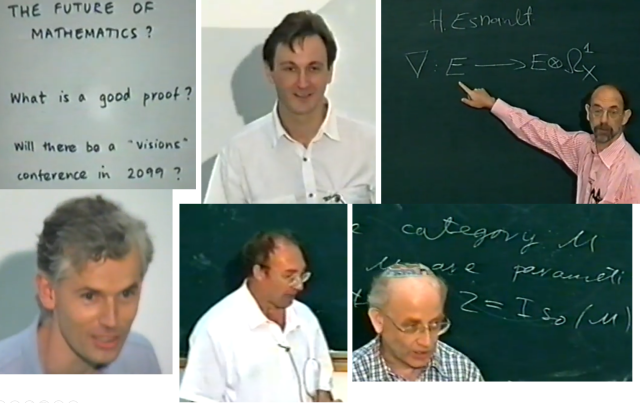 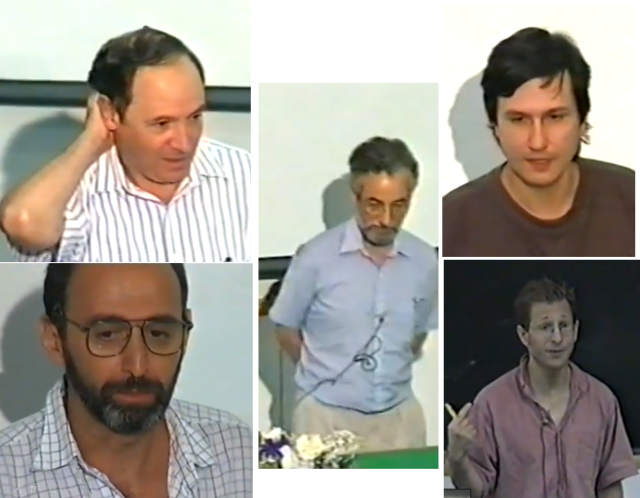 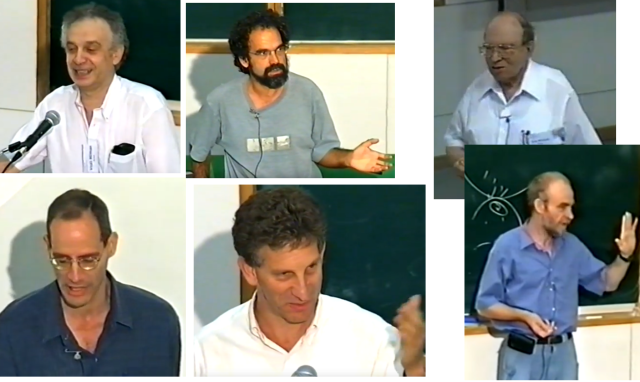 This entry was posted in Conferences, What is Mathematics and tagged Vitali Milman. Bookmark the permalink.

1 Response to An Invitation to a Conference: Visions in Mathematics towards 2000