To cheer you up in difficult times 13: Triangulating real projective spaces with subexponentially many vertices 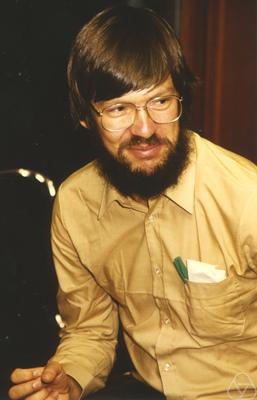 Today I want to talk about a new result in a newly arXived paper: A subexponential size

by Karim Adiprasito, Sergey Avvakumov, and Roman Karasev. Sergey Avvakumov gave about it a great zoom seminar talk about the result in our combinatorics seminar. Here is the link.

The question is very simple: What is the smallest number of vertices required to triangulate the n-dimensional real projective space?

The short paper exhibits a triangulation with

vertices.  This is the first construction that requires subexponential number of vertices in the dimension. The best lower bound by Pierre Arnoux and Alexis Marin (from 1999) are quadratic, so there is quite a way to go with the problem. I am thankful to Ryan Alweiss who was the first to tell me about the new result.

You may all be familiar with the 6-vertex triangulation of the projective space. It is obtained by identifying opposite faces of the icosahedron. It is 2-neighborly, namely every pair of vertices span an edge of the triangulation. (It also played a role in my high dimensional extension of Cayley’s counting trees formula.) The existence of 2-neighborly triangulations of other closed surfaces is essentially the Heawood 1890 conjecture solved by Ringel and Young in the 1960s.

In 1980 Wolfgang Kühnel set out to construct a 3-neighborly triangulation of the complex projective plane with 9 vertices. The construction, achieved in a paper by Kühnel and Lassmann (who also proved uniqueness), and discussed in a paper of the same year by Kühnel and Banchof, is, in my view, among the most beautiful constructions in mathematics with additional hidden structures and many connections. Some motivation to the work came from the study of tight embeddings of smooth manifolds and Morse theory.

Ulrich Brehm and Kühnel proved that if a d-manifold has fewer than 3⌈d/2⌉+3 vertices then it is homeomorphic to a sphere, and if it has exactly 3(d/2)+3 vertices and is not a sphere, then d=2,4,8 or 16 and the manifold has a nondegenerate height function with exactly three critical points. The 6-vertex

and the 9-vertex $\mathbbCP^2$ are examples for dimensions 2 and 4. We can expect further such examples for projective planes over the quaternions and octonions. Brehm and Kühnel constructed three 8-dimensional 5-neighborly “manifolds” which are not combinatorially isomorphic. It is conjectured but not known that they all triangulate the quaternionic projective plane.

The result of Adiprasito, Avvakumov, and Karasev as told by Sergey Avvakumov.

Here is a brief description of Sergey Avvakumov’s lecture. (As far as I could see the proof of their result is fully presented along with  3 other proofs for basic related results.)

06:00  The lecture starts. A simple inductive constructions of  a triangulation of

08:00  Equivalent statement: we seek a centrally symmetric triangulation of the n-sphere with diameter 3.

23:00 Spherical interpretation and Delaunay triangulations of a certain configuration V

1:09:00 Counting the number of vertices completes the proof of the theorem.

1:21:00 Proof of the facet lower bound (Barany and Lovasz) via Borsuk-Ulam

1 Response to To cheer you up in difficult times 13: Triangulating real projective spaces with subexponentially many vertices