To cheer you up in difficult times 23: the original hand-written slides of Terry Tao’s 2015 Einstein Lecture in Jerusalem

In 2015 Terry Tao gave the Einstein lecture of the Israeli Academy for Science and Humanities. We got hold of the original signed hand-written slides of Terry’s lecture and we are happy to share them with you. The title of Tao’s talk was “Can the Navier-Stokes Equations Blow Up in Finite Time?”.  Here are the original slides! (With an additional page with my comments.) 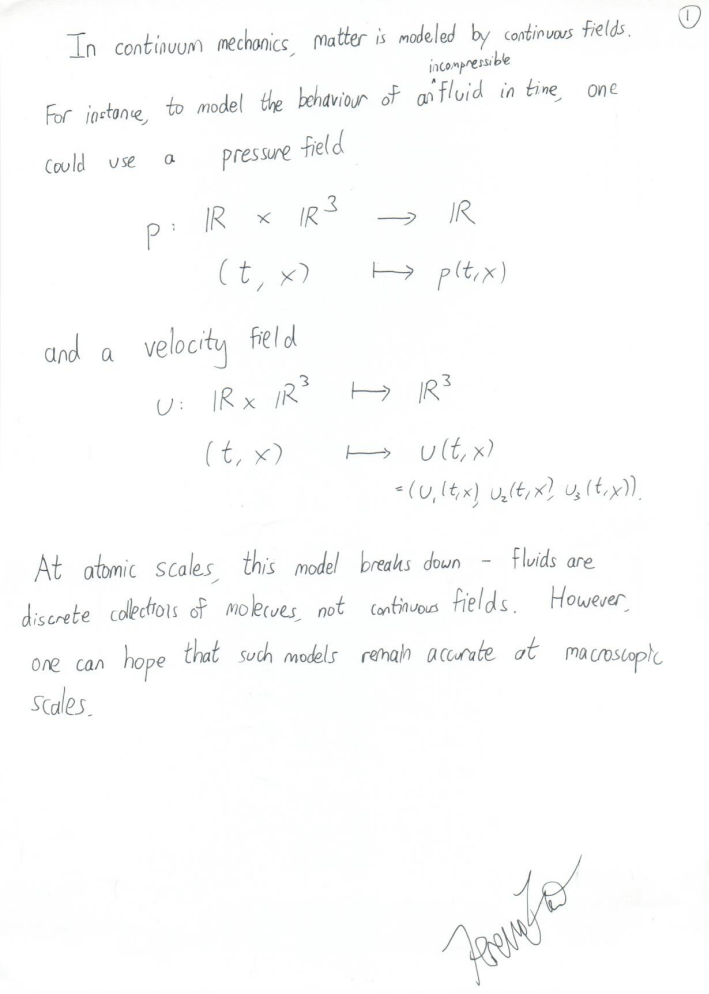 The first page signed by Terry.

Addition: Let me mention a very recent post with the timely title “Why you shouldn’t be too pessimistic” by Igor Pak about conjectures. (And earlier posts on Conjectures, here and here.)

Update: There were recent developments regarding this topic including a recent talk by Terry Tao at MSRI – here is the video, and a paper “Constructing Turing complete Euler flows in dimension 3 by Robert Cardona, Eva Miranda, Daniel Peralta-Salas, and Francisco Presas. Here is a related videotaped lecture.

The video of the lecture

In general, the Academy holds very nice academic events that I enjoyed participating over the years (especially when I lived near by). The Einstein lecture is a yearly science lecture and occasionally it is given in mathematics. (The most recent mathematics lecture was given by Peter Sarnak and we will try to get hold of Peter’s slides as well.) There is also a yearly lecture named after Martin Buber in the humanities.

The topic of Tao’s lecture was discussed on Terry’s blog (also here and several other posts), here on my blog, on SO, on GLL, on Quanta Magazine, and in various other places. Tao conjectured that Navier-Stokes evolutions allows computation and therefore contrary to the famous conjecture do allow blow-up in finite time. I was curious about a way to formulate the negation of Tao’s conjecture (which would be a weaker version of the blow-up conjecture). I am not aware of recent developments regarding Tao’s approach.

So here are some more videos of lectures at the academy (some of them are in Hebrew).

When does Christianity begin? Paula Fredrikson

A conversation between David Harel (computer science) and Daniella London-Dekel (writer and cartoonist) in Hebrew.

George Whitesides: Questions about the origin of life (English)

My comments about Tao’s conjecture. 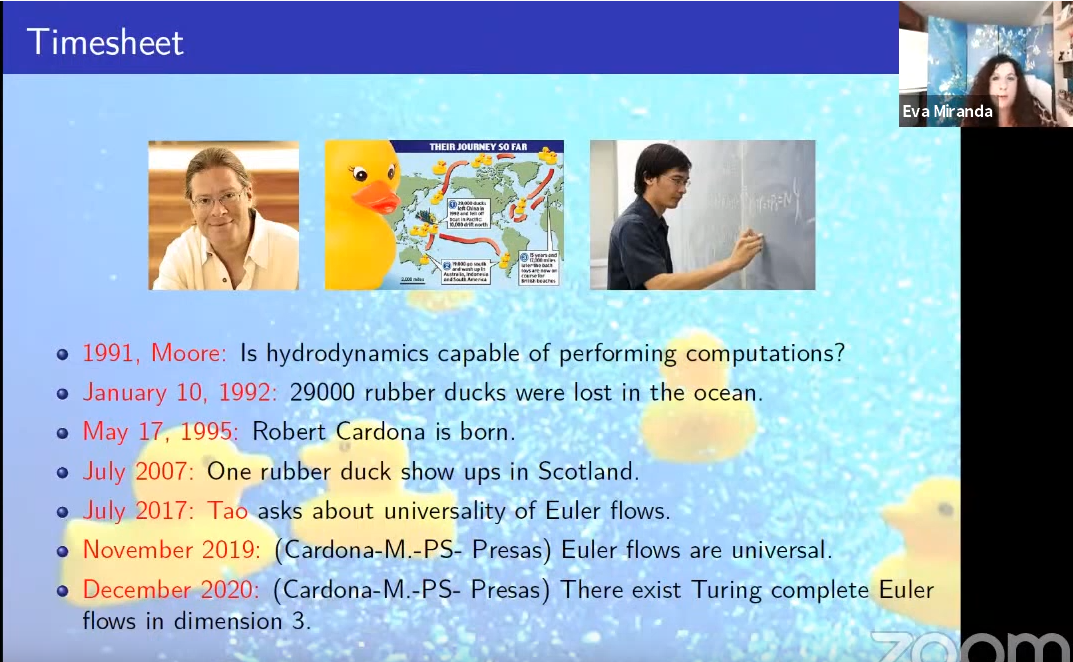 From a recent talk by Eva Miranda & Daniel Peralta-Salas

This entry was posted in Analysis, Applied mathematics, Computer Science and Optimization, Physics, What is Mathematics and tagged Terence Tao. Bookmark the permalink.