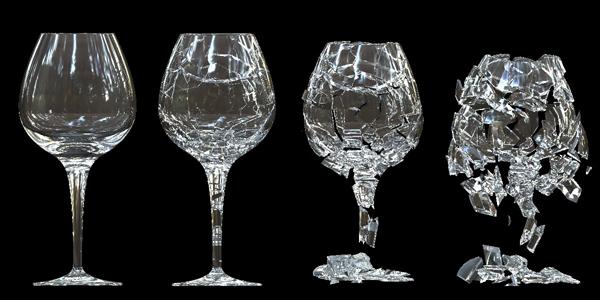 Let us return to extremal problems for families of sets and describe several basic theorems and basic open problems. In the next part we will discuss a nice proof technique called “shifting” or “compression.”

. Note that in order to shatter a set of size

you need at least

sets. But how many sets will guarantee that you shatter a set with

then there exists a set

Hmm LaTeX can go wild, let me try that again:

then there exists a set

(This is much better.)

The simplest way to prove this theorem is by induction. Here is a variation I just heard from Noga. Proof (a little sketchy): Prove a slightly stronger fact that every family

shatters at least as many sets as

of sets in the family not containing

shatters at least as many subsets of

shatters as many subsets of

as its cardinality. The number of subsets of

sum up to at least

, and every subset of

. Sababa? not quite! there may be subsets

. But note that in this case both

OK, let me give a few more words of explanation about the proof. When I say “every family” do I mean “every family that satisfies the condition of the theorem?” (And If I do why can I use induction?) No, i really mean every family. The point is that if every family shatters  at least as many sets as its size then a family which satisfies

shatters more sets than this sum. But then it must shatter a set of size larger than

because there are not enough subsets of the set

of size at most

This theorem can be described as an “eigentheorem” because it is important in many different places. It was mentioned (with an algebraic proof by Frankl and Pach) in Gowers’ blog and also, in another context, in Kowalski’s blog. Sauer proved it in response to a problem of Erdos. Shelah (with Perles) proved it as a useful lemma for Shelah’s theory of stable models. (At some later time, Benjy Weiss asked Perles about such a result in the context of ergodic theory and Perles who forgot that he proved it once proved it again.) Vapnik and Chervonenkis proved it in the context of statistical learning theory. The VC-dimension of a family of sets is the size of the largest set the family shatters. This notion plays an important role in learning theory, statistics and probability theory. There are several applications of the Sauer-Shelah theorem to analysis and to the geometry of Banach spaces, and there are several extensions and refinements.

denote the set of positive integers and let

be a subset of

which are contained in at least one set in

We would like to answer the following question. How small can the Shadow of a family of m k-sets be? The precise answer to this question is given by the Kruskal-Katona’s theorem.

It is not hard to see that (when k is fixed) there is a unique way to write m in this manner.

to be the largest integer

and you can continue choosing

. Any other choice for

be a subset of

The Kruskal-Katona theorem is very basic both in extremal combinatorics and in algebraic combinatorics. An earlier similar theorem about families of multisets (or monomials) was proved by Macaulay in 1927.

A sunflower (a.k.a. Delta-system) of size

is a family of sets

such that every element that belongs to more than oneofthe sets belongs to all of them. A basic and simple result of Erdos and Rado asserts that

Erdos-Rado sunflower theorem: There is a function

so that every family

-sets with more than

members contains a sunflower of size

the smallest integer that suffices for the assertion of the theorem to be true.)

be a family of

-sets without a sunflower of size

be a maximum subfamily of pairwise disjoint sets in

. Since a family of pairwise disjoint sets is a sunflower, we must have

and the size of each

. (Because a sunflower in

gives a sunflower in

as well.) We get that

One of the most famous open problems in extremal combinatorics is:

The Erdos-Rado conjecture: Prove that

is a constant depending on

. This is most interesting already for

(Sept 09: The Erdos-Rado sunflower (Delta-system) conjecture was proposed by Tim Gowers, among other problems, for a “polymath project.”)

be two ideals in

This theorem asserts that for random subsets of

the events “to be in

” have nonnegative correlation. This can be seen as a first result in a wide and important area of correlation inequalities. The proof is by a rather easy induction.

By considering the complement

we get that the events:  “to be in

” have nonpositive correlation, whenever

is an ideal and

Problem II: What is the largest size of a family

such that for every two sets

is non empty and their union is not

Proof: The family of all sets containing ‘1’ and missing ‘2’ is an example with

sets. To show that there is no larger example,  take the family

and turn it to an ideal

by closing it to subsets. This ideal will still satisfy the condition that the union of two sets is not

again and make it a filter

by closing it to supersets. This filter is intersecting (the intersection of two sets belonging to it is not empty) and therefore also

. The Harris-Kleitman theorem asserts that the events “a random set belongs to

” and “a random set belongs to

” have nonpositive correlation. The probability of a random set to belong to

is at most 1/2; the probability of a random set to belong to

ist also at most 1/2, and, therefore, the probability of a random set to belong to both

. Of course every set in

be two families of sets having the following properties:

Of course, the bound of this theorem is sharp, as seen by taking the

s to be all k-subsets of a set with

be the complement of

. There is a very nice proof (due to Katona, I think) that is similar to the proofs we saw in part I for Sperner’s theorem and for Erdos-Ko-Rado’s theorem. Here is a sketch:

Proof: You can assume that

. (Just add fresh new elements to these sets if needed.) Let X be the union of all the

is an ordering of X, and

is an index with the property that all elements of

come before all elements of

in the ordering. And now note first that the intersection property we described guarantees that for every

there is at most one possible

. So the total number of pairs is at most

. On the other hand for every

for which the elements of

come before those of

We end this post with two other central open problems in extremal combinatorics.

of sets and an element

be an ideal of sets and let

be an intersecting subfamily, (i.e., for every

). Then there is an element

There is something in Chvatal’s conjecture that resembles Frankl’s problem from the very first post.

Here is a beautiful conjecture by Gabor Simonyi. Let

be two families of subsets of an

-set (a set with n elements). Suppose that the following two conditions hold:

And to all the readers: happy new (Jewish) year!